Starting at
$0.99 for 1 day
Get Started
View all rates
You have permission to edit this article.
Edit
Welcome, Guest
Home
News
Sports
Entertainment
Obituaries
Photos
Videos
e-Edition
Classifieds
Best of 2021
Subscribe
Share This
1 of 5 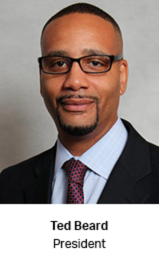 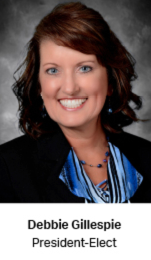 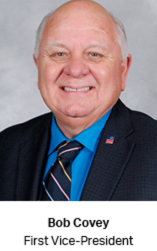 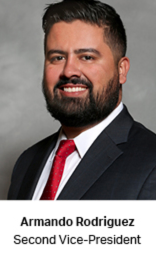 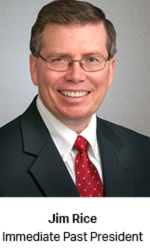 Beard was elected to the Longview ISD Board in 1998 and has served in various capacities, including assistant secretary, secretary, vice-president, and twice as president.

He earned a bachelor’s in human services from LeTourneau University. Beard is a retired sergeant major from the United States Army and a combat veteran of Desert Shield/Storm and Iraqi Freedom. He also retired from the Social Security Administration, where he worked as a technical expert and equal employment opportunity counselor.

In 2007, he was appointed to the TASB Risk Management Fund Board and currently serves as chair. He is a 2012 graduate of Leadership TASB and a past president and current member of the Texas Caucus of Black School Board Members.

Gillespie was first elected to the Frisco ISD Board in 2011 and was first elected to the TASB Board in 2014 representing Region 10, Position A. After graduating from Southwest Texas State University, she worked in interior design and fashion merchandising before accepting a job at Dell Corporation, where she worked in customer service, configuration management, and policy and procedures. She moved to Frisco with her family in 1995 and became an active community volunteer.

She is an active volunteer with Frisco Fastpacs and Frisco Women’s League, as well as a vocal advocate in legislative agendas for several local organizations. However, she is most passionate about advocating for public education for all students in Texas.

She is a 2014 graduate of Leadership TASB (TASB), a member of the TASB Alumni Association, and an Honorary Life Member of PTA.

Covey has served on his local board, Cypress-Fairbanks ISD, for more than 16 years and has held the positions of president, vice-president, and secretary. A Leadership TASB graduate and Master Trustee, he is an active member and former director of the Gulf Coast Area Association of School Boards.

At the local level, he is a member of the Cy-Fair Houston Chamber of Commerce and has participated in the district’s athletic and chorale booster clubs, bus buddy program, and Read Across America initiatives. Each semester for the past 15 years, Covey has lectured about school board governance to junior education majors at the Texas State University College of Education. Covey is founder and president of Go Public Gulf Coast, positively promoting public school education in the Gulf Coast region. He also is active in Impact with the Harris County Department of Education and Christ the Redeemer Catholic Church, where he has been a member for more than 30 years.

Covey earned his bachelor’s degree at Texas State University. He has held numerous leadership positions with the university’s alumni associations, including serving as past president of the Texas State Alumni Association and a member of the College of Education’s Alumni Advisory Committee for 10 years.

He retired from American Alloy Steel Inc. after 35 years. His retirement was short-lived when the company asked him to reactivate his role; he resumed working in sales eight years ago.

Rodriguez is serving his fifth term on the Canutillo ISD Board, where his fellow trustees have elected him as president, vice-president, and secretary. He has the distinction of being one of the youngest people ever to be elected to office in El Paso County. Rodriguez is a Leadership TASB graduate and Master Trustee.

A graduate of Canutillo High School and The University of Texas at El Paso, Rodriguez is one of the founding members of the Canutillo Alumni Foundation for Education — the only organization specifically designed to award scholarships to Canutillo graduates.

Professionally, he is the business development manager of Hellas Construction Inc.

A graduate of San Jose State University with a bachelor’s in social services, Schmidt is a managing partner in her family-owned-and-operated commercial real estate development and management company.

Before serving as a trustee, she was involved in campus PTO and was a board member and volunteer for the Kerrville Public School Foundation. Schmidt has been actively involved in local youth education programs, including the Salvation Army Boys and Girls Club, Rotary Club Foreign Exchange Student Program, Head Start, and the Kerrville ISD sixth-grade outdoor education program. She was named Families and Literacy’s 2014 Champion of Education.

Rice joined the Fort Bend ISD Board in May 2010 and has served as both board president and secretary. He currently serves as board vice-president and chairs the board’s Audit Committee.

Elected to the TASB Board of Directors in 2012, he chaired the Legislative Committee during the 84th and 86th legislative sessions. In addition, he has served on the Nominations and Planning and Development committees. He is a 2013 graduate of Leadership TASB.

He is cofounder of the charity Fort Bend Cares, which benefits underprivileged youth in the community. Rice is involved in numerous other civic organizations, including the Fort Bend Literacy Council, the Fort Bend P-16 Regional Council, and the Greater Fort Bend Economic Development Council.

TASB is a nonprofit association established in 1949 to serve public school boards. School board members are the largest group of publicly elected officials in the state. The districts they represent serve more than 5.4 million public school students. For more information on TASB, visit tasb.org.

Sorry, there are no recent results for popular images.

What do you hand out for Halloween to trick-or-treaters?